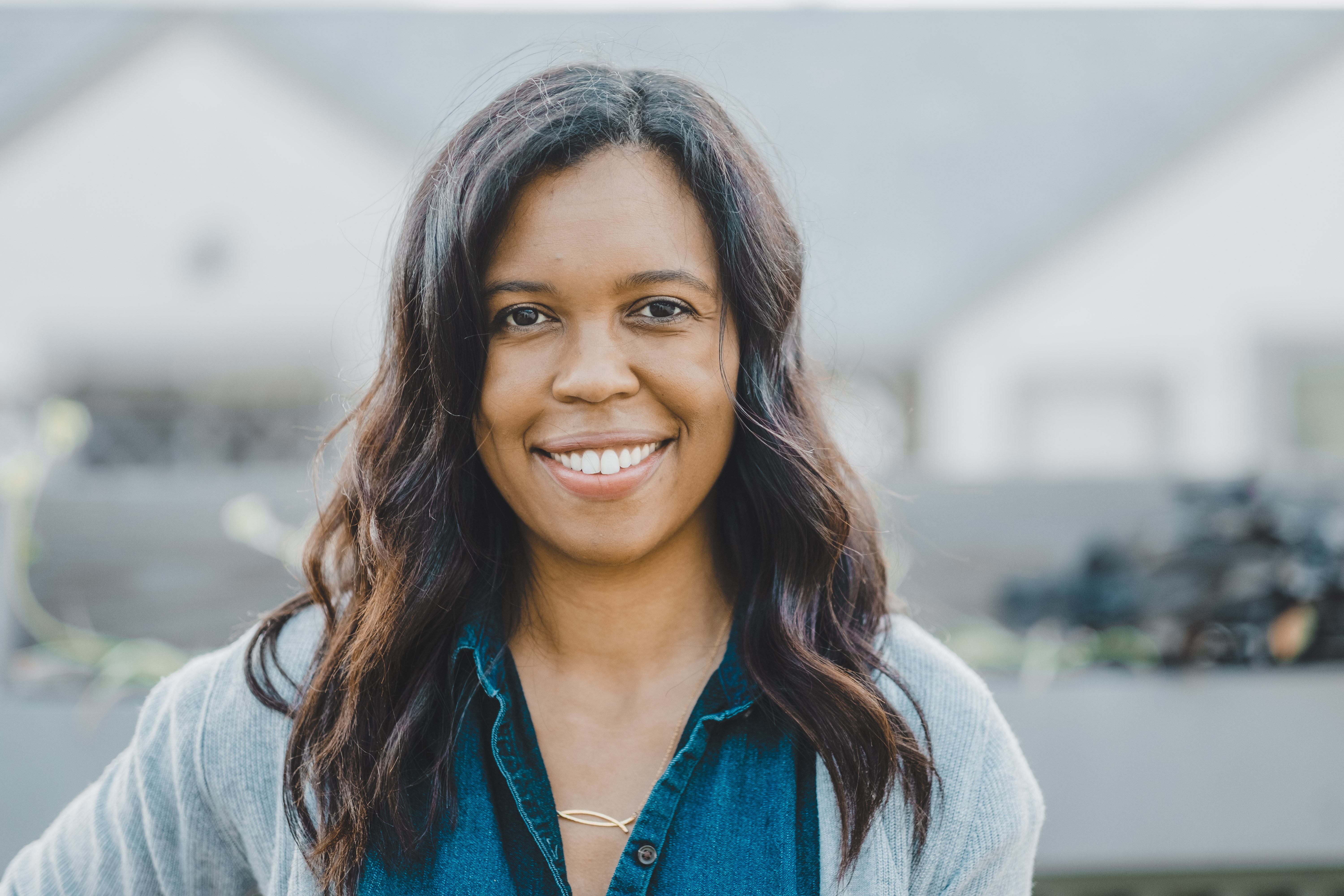 PEELING BACK THE CURTAIN WITH JILL FRANK

Listen to the full interview at the bottom of this page.

Throughout her life, she’s felt the urge – the necessity – to see the whole picture. She wants to know the logistics, and the details, and she wants to be part of how the thing runs.

This desire to learn the intricacies of her own life, and her professional life, have led her to where she is today: the Vice President of a large marketing and advertising agency. It’s what got her an internship with MTV in college, and a ten year stint with Harpo Studios and the Oprah Winfrey Show. And it’s what keeps her involved and invested in Camp Tecumseh, most recently as a member of the Capital Campaign Committee.

Jill grew up in the South Shore neighborhood of Chicago, and then the south suburbs. Her father was a music teacher in the Chicago school system, and a musician who often recorded in his studio in their family home. Her mother, now retired, was a 30+ year flight attendant for Delta Airlines.

“It was a really dynamic, artsy environment that I grew up in,” she said, and it shows. We talked on the first level of her Oak Park home, next to her father’s baby grand piano and Jill’s guitar and ukulele.

She adds, “I had this upbringing that was very culturally aware and relevant with everything that was going on in the world, through this lens of art and culture and travel.”

And it was a spiritual household. Religious, too, she specifies. They went to church every Sunday, but it was also a spiritual house in the sense that they would engage in hours-long conversations about their spirituality, philosophy, existentialism, and the big “what-ifs.”

Jill was immersed in an artsy, academic household that directly impacted her desire to ask questions, and to seek the details in all she does.

She was introduced to camp in a popular and effective way – through a friend. Her best friend, Erin, had been coming to camp on dad and daughter Y Princesses weekends. By the time Jill got to Brookston for her first Tecumseh experience, she was old enough to be a Warrior (typically 12-13 years old). Also, there were transitions in the names of the age groups when Jill was a camper. Oddly, Jill never got the chance to be a Pathfinder, which means she never got the chance to go through the torchbearer ceremony on her last Friday night as a camper.

Compared to most former campers who are as invested as Jill is, she had a relatively short camper experience.

“For me, my camp experience is so tied to my time and years as a counselor there, because I was kind of late in the game to the camping world.”

She was ready to work at camp. She joked, “I think I was the first person to get my day camp summer application back in.”

She learned as a CILT (Camper in Leadership Training) that there were methods and formulas to being a good leader, and those methods translated into being a good counselor once she began working on day camp staff.

“I’m a systems person. I’m a process person. I love knowing how things work. And I think, for me, CILTs was peeling back the curtain on how camp works.” 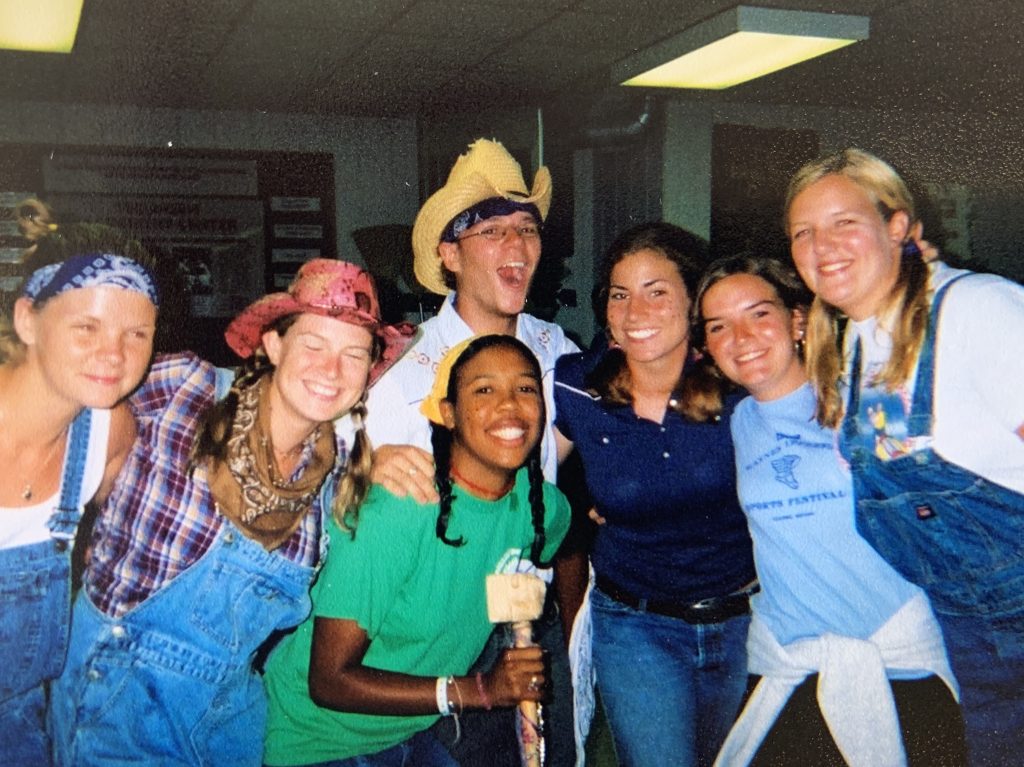 The college search can be daunting. It’s a lot less daunting when you have the opportunity to attend a place as beautiful as Pepperdine University in Malibu. So she moved to the beach – to a small university that paid special attention to its students and provided unique opportunities for journalism and communications majors.

Jill got involved in the radio station and a local TV station, eventually switching her major to broadcast journalism.

She learned how to write for broadcast, and how to produce and edit her own segments.

“I was working towards being a reporter – a news reporter.”

When looking for her internship, she thought, “I’m in L.A. It’s Hollywood! Let’s go do something fun!” And she did. She interned with MTV for a year, working in series development. She would watch hours and hours of Real World and Road Rules, looking for an interesting bit to take to the producers.

At the end of her four years in southern California, Jill was ready to leave. She missed Midwest sensibilities, and found her way back to her home city. 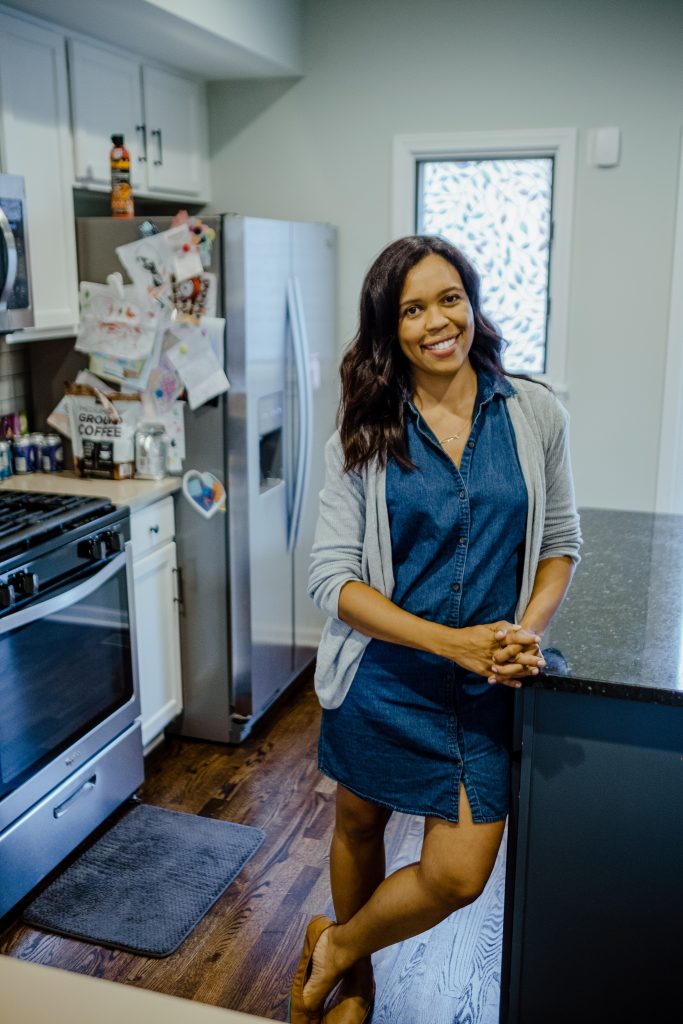 Her time at MTV helped create a changing tide in her trajectory. Jill realized that reporting the news wasn’t exactly what she was seeking. After being offered a job at a small news station in Champaign, Illinois, she came to the realization that she wanted to pursue more creative production. In this transition period, Jill got a job at a public relations firm and got her first apartment downtown. Meanwhile, she kept her eye on one place: The Oprah Winfrey Show.

But right as her year with the public relations firm was ending, she looked a final time for something – anything – with Oprah. She searched on a then-popular job search engine, finally seeing something for Senior Producer – a job she, admittedly, was not qualified for – that had an actual person to contact at the bottom. She reached out to that person, let her know that she was interested in working in whatever was available, and got an interview for a job in promos.

“Working at Oprah was like getting a PhD in creating magic.”

In the same way that Jill was interested in peeling back the curtain on Tecumseh, and seeing how camp runs, she was equally interested in her new world at Harpo Studios. She added, “I’m a producer… I make experiences, moments, storytelling things happen, and I’m very interested in the process of making those things happen.”

“Oprah would always say, love is in the details.”

She felt a similar alignment with the Oprah Winfrey Show that she felt at camp. “To be somewhere that was so aligned, spiritually, and with who I was as a person… we were talking about that kind of stuff on the Oprah show every day, like compassion, and caring, and giving – being third, basically.” 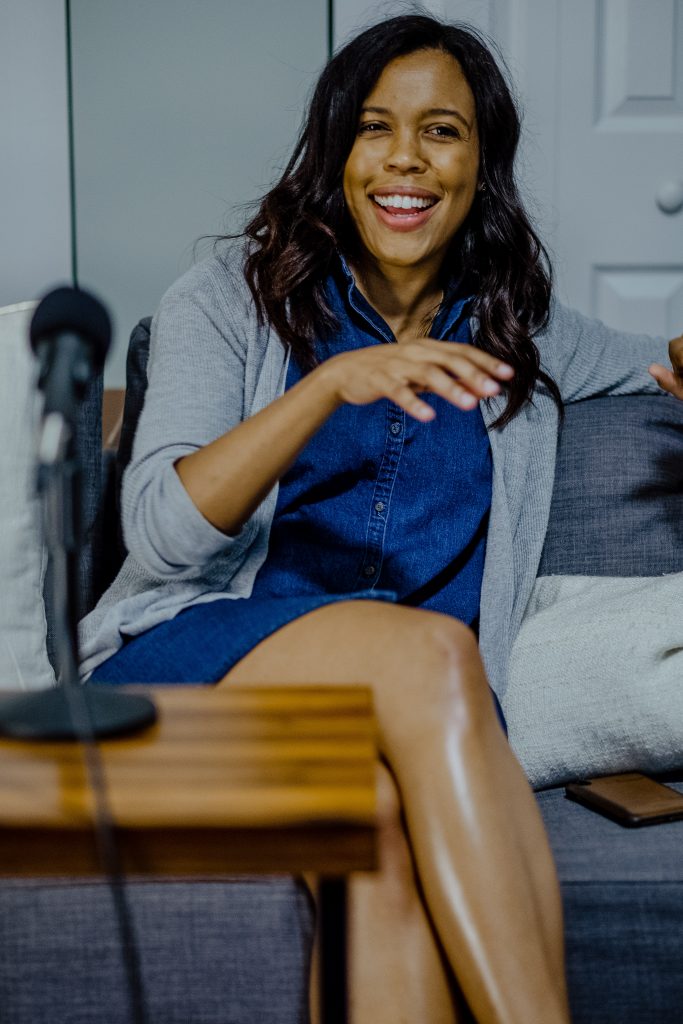 On top of professional success, Jill is funny. No, I mean she’s legitimately funny – she’s been trained at a place that has brought us a lot of funny: Second City.

Jill had camp stories she wanted to tell. She and Matt Lynch, another former counselor, wanted to write some of their camp stories. They met in a coffee shop in Chicago to start doing so and realized neither of them were trained to write dialogue. So Jill decided to learn how, and enrolled in Second City’s Comedy Writing Program.

Second City, thought of as the birthplace of improv comedy, is famous for churning out some of the most famous comedians of our time. Graduates and former members of Second City include, Amy Poehler, Tina Fey, Bill Murray, John Belushi, Dan Akroyd, Steve Carrell, and many more.

Jill worked her way through the comedy writing program, wrote sketches, and then directed a four-week improv show in Chicago.

Ultimately, she and Matt have finished a television pilot based on camp stories and memories. 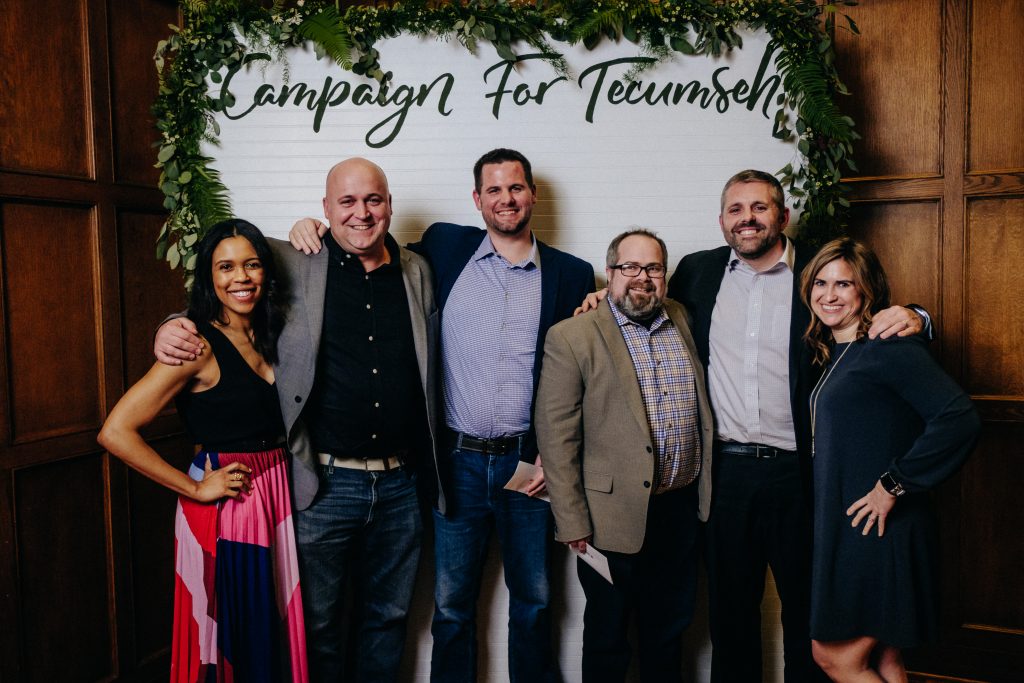 Chicago is still home for Jill. She’s approaching five years at Epsilon, a large marketing agency, where she is currently the Vice President of Business Operations and Production. With two kids and a successful professional career, Jill remains invested in Tecumseh.

She is currently volunteering on Tecumseh’s Capital Campaign committee, and this past summer, brought her daughter to camp for her first year of day camp.

Being invested in this way is part of who she is as a professional, a mother, a person. Throughout our conversation, on multiple occasions, Jill would begin to offer her help and expertise to camp. It’s second nature for her to give back to this place she loves so much.

At the end of our conversation, I asked her why. Why continue to be invested? Why does Camp Tecumseh matter?

She almost immediately mentioned the “Future World and Local Leaders at Work and Play” sign that greets people on the hill to River Village at camp.

“One of the best things about camp is that intrinsic sense of self that is cultivated by someone’s experience there… Getting the free range and permission to be myself at camp was huge for me.”

We lead by example.

Jill Frank is a good example.

LISTEN TO THE FULL INTERVIEW