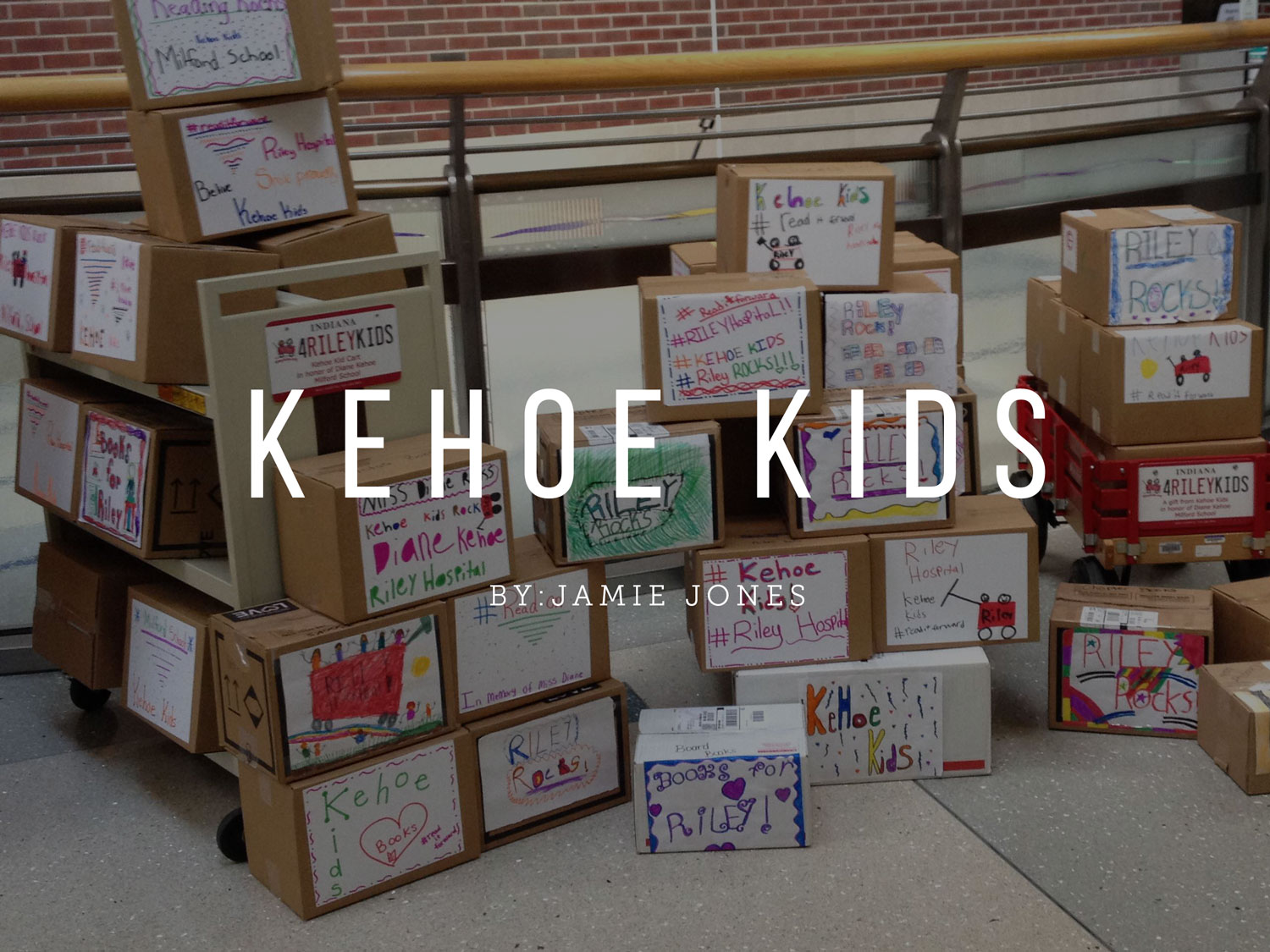 In February, we asked the Tecumseh family to send us encouraging notes that would be placed in books and delivered to Riley Children’s Hospital. The effort supported Kehoe Kids, a student led project started by 4th graders at Milford Elementary School in honor of Diane Kehoe, the aunt of full time staff member Jamie Jones, who passed away from cancer. 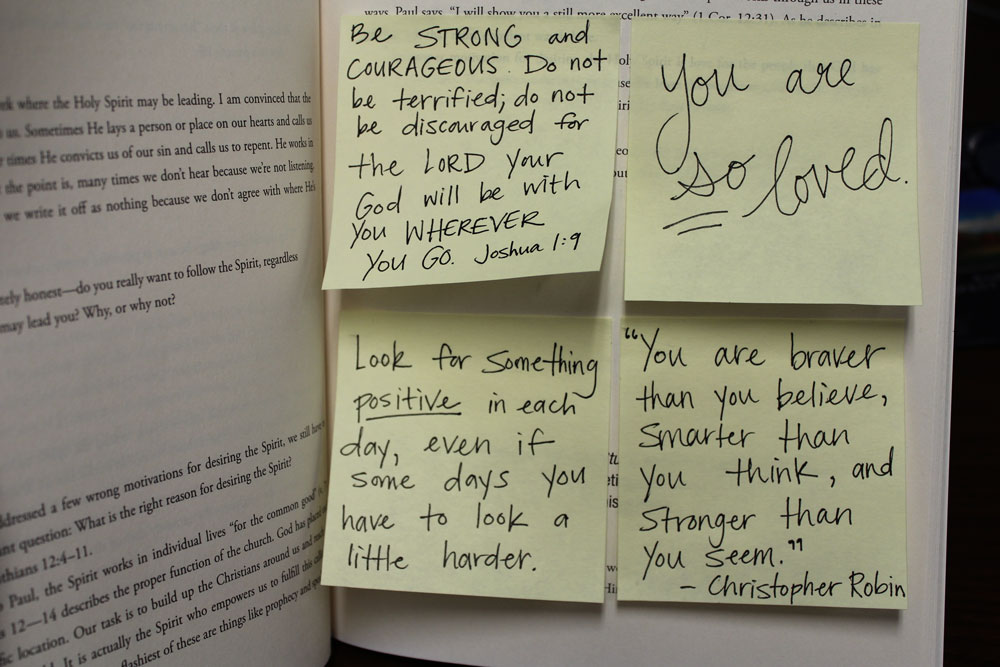 The 4th Grade students at Milford Elementary have been an inspiration to me over these last few months. Together, they’ve worked hard to raise money to purchase books for Riley Children’s Hospital in honor of my aunt, Diane Kehoe. She taught in the Wawasee School District for 35 years and after retiring, she passed away from a difficult battle with cancer. Her legacy and the books she donated to students inspired a movement within the school. After her passing, the class library was renamed, “Diane’s Corner.” After Mrs. Emily Worrell’s 4th grade class heard the story of Miss Diane, they wanted to do something to honor their beloved teacher. The kids named themselves “Kehoe Kids” and embarked on a 6 month fundraiser to purchase books they could donate to Riley Children’s Hospital in Indianapolis.

On Friday, April 22, two school buses packed with 75 4th graders from Milford, arrived at Riley with a box truck carrying 3,000 books which would find a new home in the Edward A. Block Family Library in Riley. Each box, carefully packed with books, was decorated by each of the children. 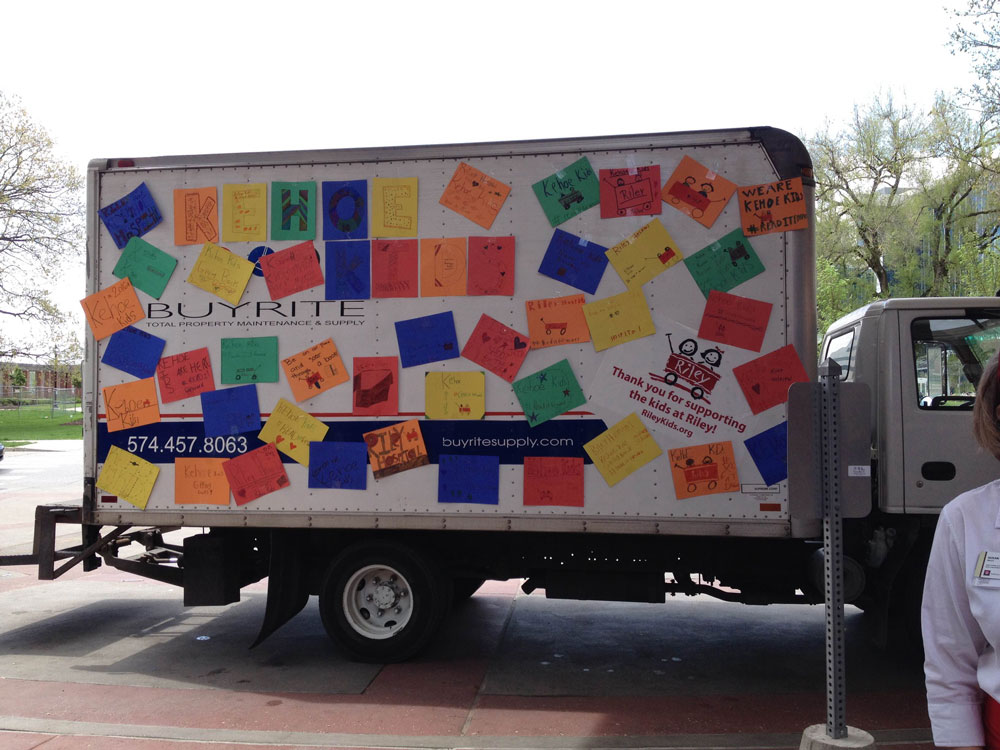 The project’s fundraising goal started at $200, but the student’s determination could not be contained. Mrs. Worrell said her students started raising money by selling snacks to other students during the school day, and charging their teachers $1 if they wore blue jeans to school. After local news coverage of their project began, it spurred donations from surrounding areas. The attention inspired the students to think big. One student said, “Let’s have a thing where you sell stuff and people place bids.” The resulting auction became one of their biggest fundraisers. In almost 24 hours they raised $6,000. Their final total after the auction was $13,400. 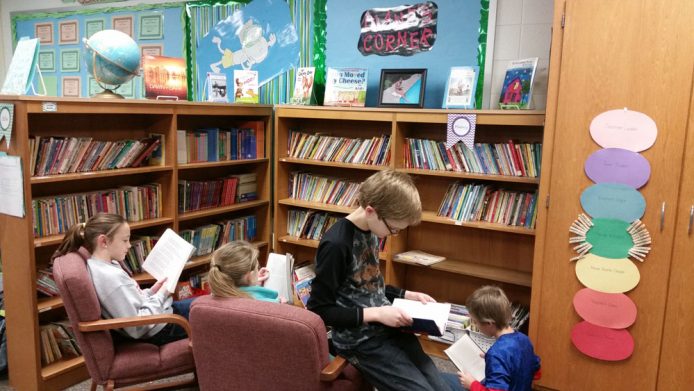 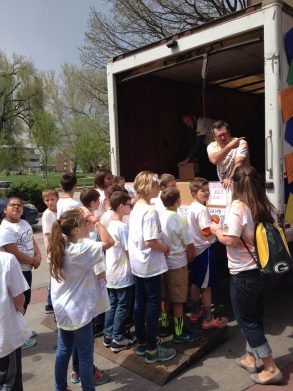 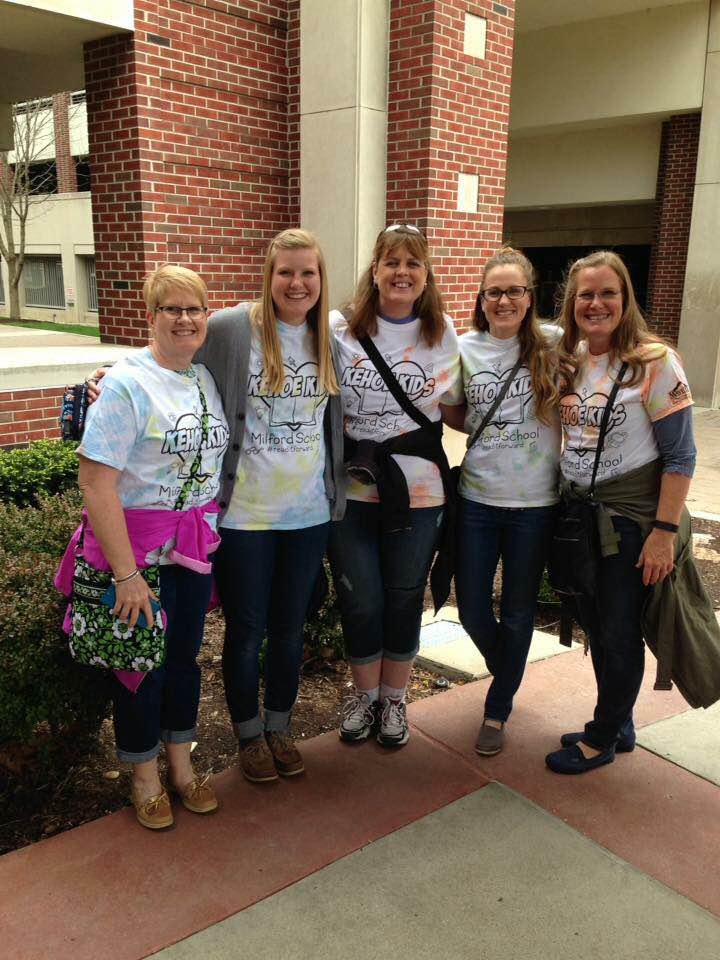 The students dedicated the first of it’s kind Kehoe Kart to the hospital, a book cart that houses free books for any patient or family member. The students also dedicated their purchase of a Red Riley Wagon to the hospital and presented a $2,000 check to the Riley library, along with a $1,000 check to the McKenna VanLeaken Foundation, which was formed in honor of the daughter of a Wawasee School Corporation teacher who lost her daughter to a rare liver diseases. An account has been set up by the school for Kehoe Kids Project surplus money, which will enable the Kehoe Kart to be replenished any time books run low. 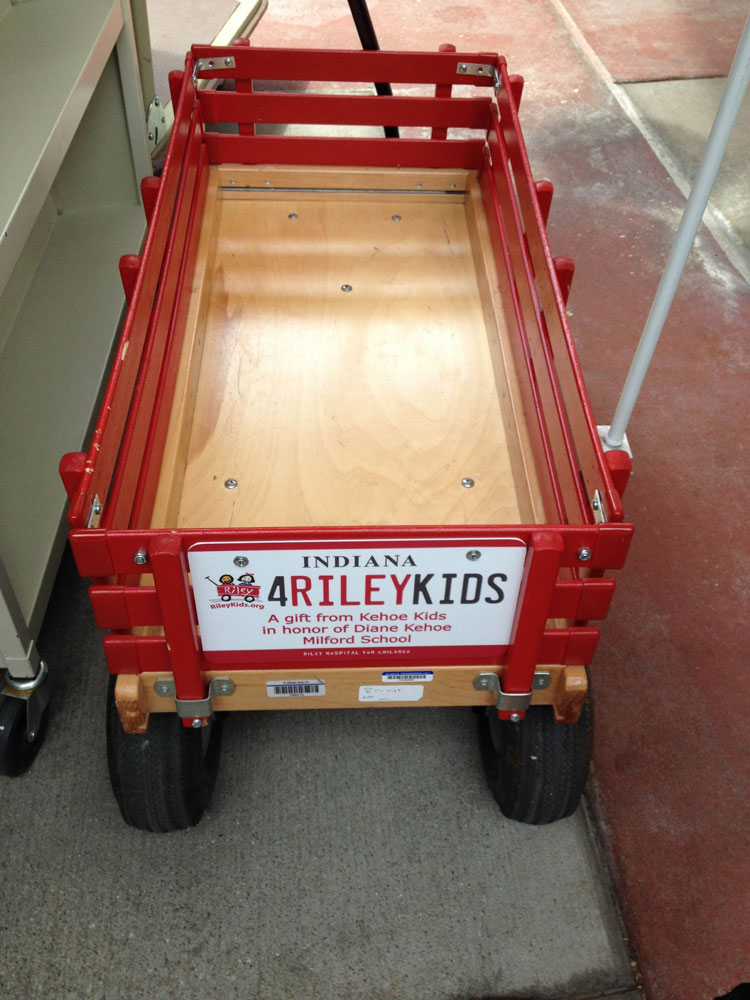 Thank you to all those who sent in their encouraging notes or donated money to support the cause. My mom and I traveled to the school to help organize the purchase of books, and we were able to stuff 3,000 books with your encouraging notes. It has been so incredible watching these kids make such a big impact in their community. They are a shining example that if grown-ups believe in kids, they can do big things. Imagine the great things that could happen if we put more faith in children. 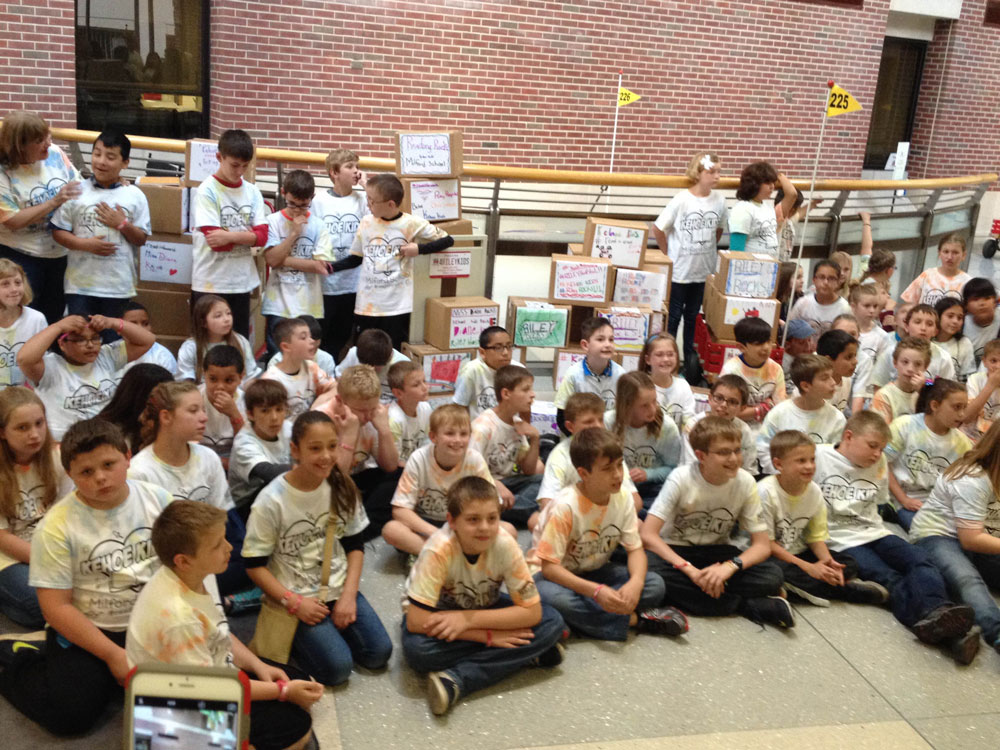