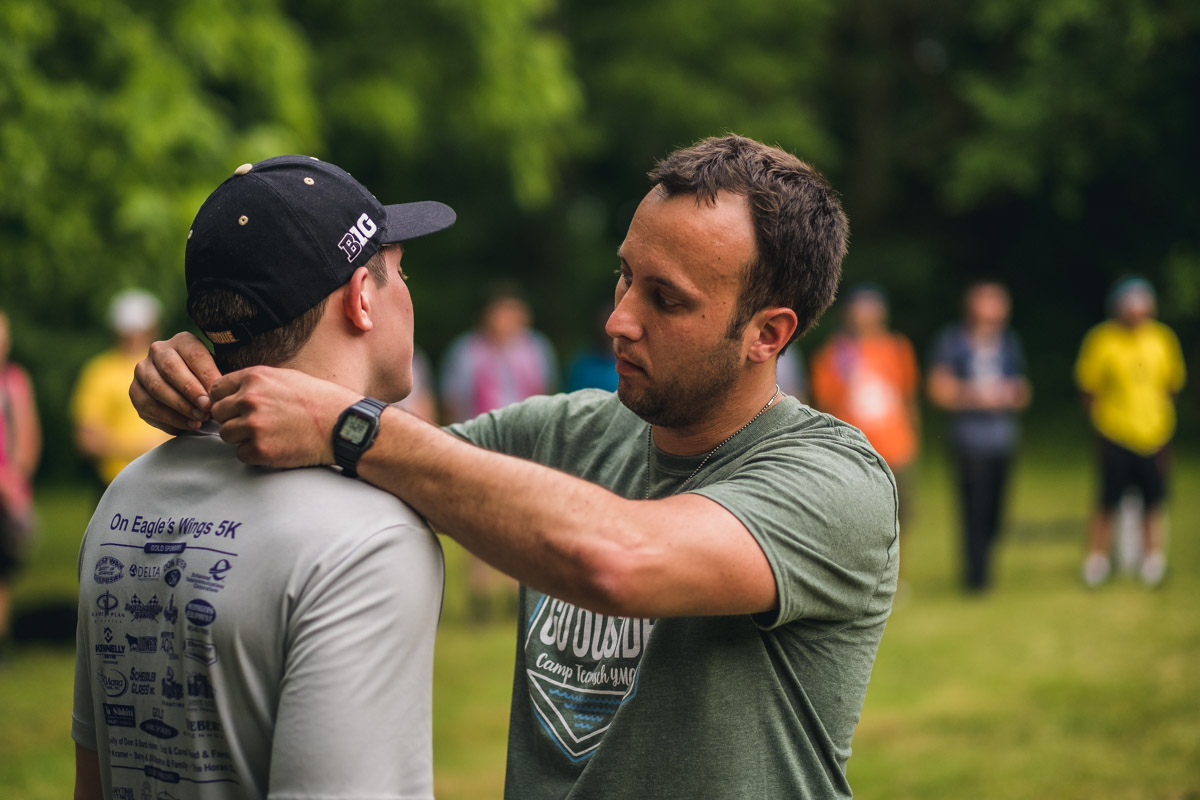 Matt is prepared for this. After graduating from the University of Miami in 2010, he worked as a high school science teacher in the Miami-Dade Public School system. He found a home in a classroom, a place to use the educational training he’d received in college and through Teach for America, but also where he could use the skills he learned as a camper and former staff in the real world. He became moved by that connection between camp and his classroom, and was called to return to Tecumseh.

“You know, I think it goes back to the idea that I never really saw this as a full-time career, and because I didn’t necessarily pursue it –– when it became an option –– I felt God was really tugging on my heart in a big way.”

In 2014, Matt came back to camp as the Outdoor Education Director, where he had the unique chance to merge his teaching and classroom background with the camp education world.

There is another part to this – why he’s prepared for this. Matt becomes Summer Camp Director under the direct guidance of two current staff who held that title, Scott Brosman and more recently, Joel Sieplinga.

“One thing that’s great about Tecumseh is it’s such a wonderful full-time team to work with,” explains Matt. “Scott, for instance, is someone who obviously has been at camp for a few years, and knows camp really well. But he’s also someone who has helped to build the culture.” He adds, “Joel was there every step of the way and has been a really great mentor and role-model, and kind of coaching me up into this position.”

There are aspects of this job that are hard to prepare for, regardless of the training and mentorship a person has received. One of those aspects is weather.

In the middle of our interview last week, Matt got word that the air conditioning in River Village Lodge had cut out, and the hottest day of the summer was creeping into a building where a couple hundred campers would be eating dinner within the hour. In the grand scheme of things, this doesn’t seem like a big deal. But when you have to make the immediate decision to move hundreds of campers and staff from River Village to Lake Village, and then to also transport plates, silverware, cups, and food from River Village kitchen to Lake Village Kitchen, it can easily become a logistical problem.

Luckily, summer camp directors are as prepared as they can be for on-the-fly decision-making, and Matt works in a place with lots of support from his predecessors, as well as the other full-time and support staff working with him. “We’ve got so many people here on staff that are so good at what they do, that it makes my job easier.”

If you were to see Matt around camp, in the middle of the summer, you would witness the dedication and the calling for this job. He knows why this job matters, why camps matter, and why Tecumseh’s culture and experience matter.

“Camp had a big influence and impact on my life as a kid, and I’ve seen first-hand the power camp can have in giving kids self-confidence, and helping them to grow and find joy in things, and more importantly, being able to grow in their faith.”

Listen to the full interview: