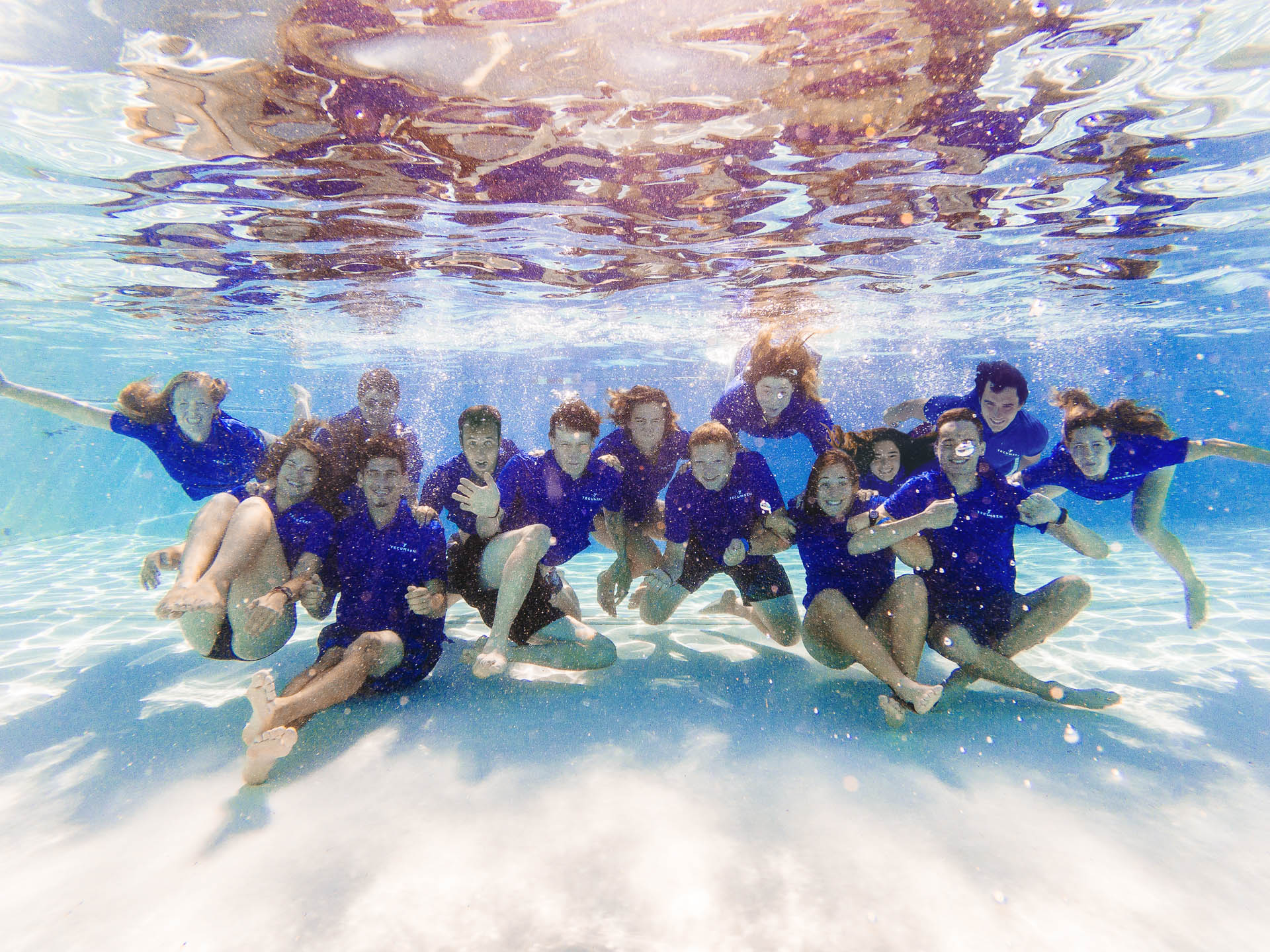 The Outdoor Education season is here and we’ve rounded up a stellar cast. This year our team is diving deeper, working hard to build meaningful relationships, foster strong communities, and provide the kind of experiences kids never forget. 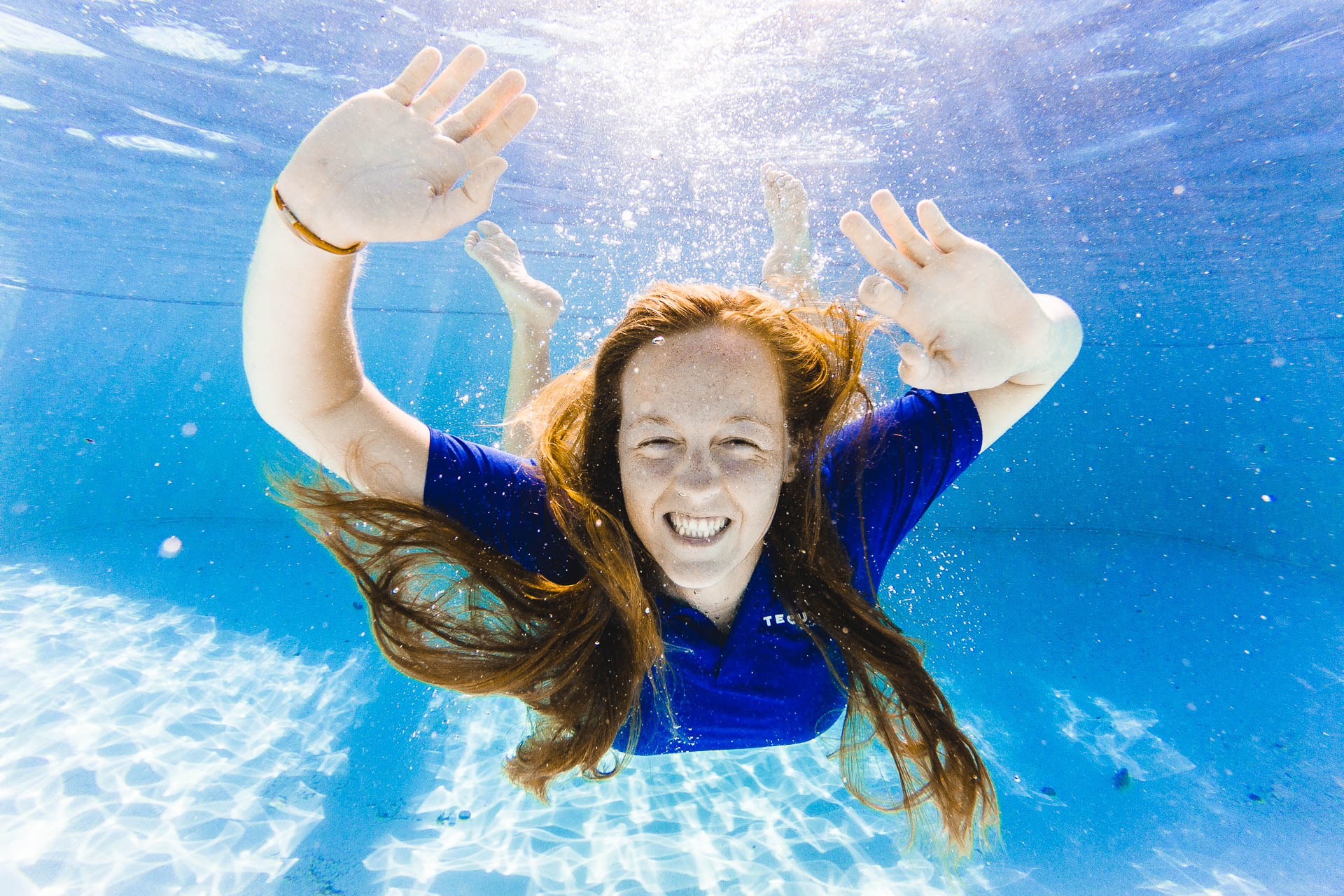 Alpaca hails from the lovely town of LaGrange Park, IL. She’s also lived in Iowa City, IA; Champaign, IL; and Camp Tecumseh. Her hobbies include drinking tea, trying to do yoga, and successfully eating all the baked goods she and her friends make. She also has a lot of interest in edible gardening. This will be her third season working in the Outdoor Education department. She’s also worked every summer since 2014. 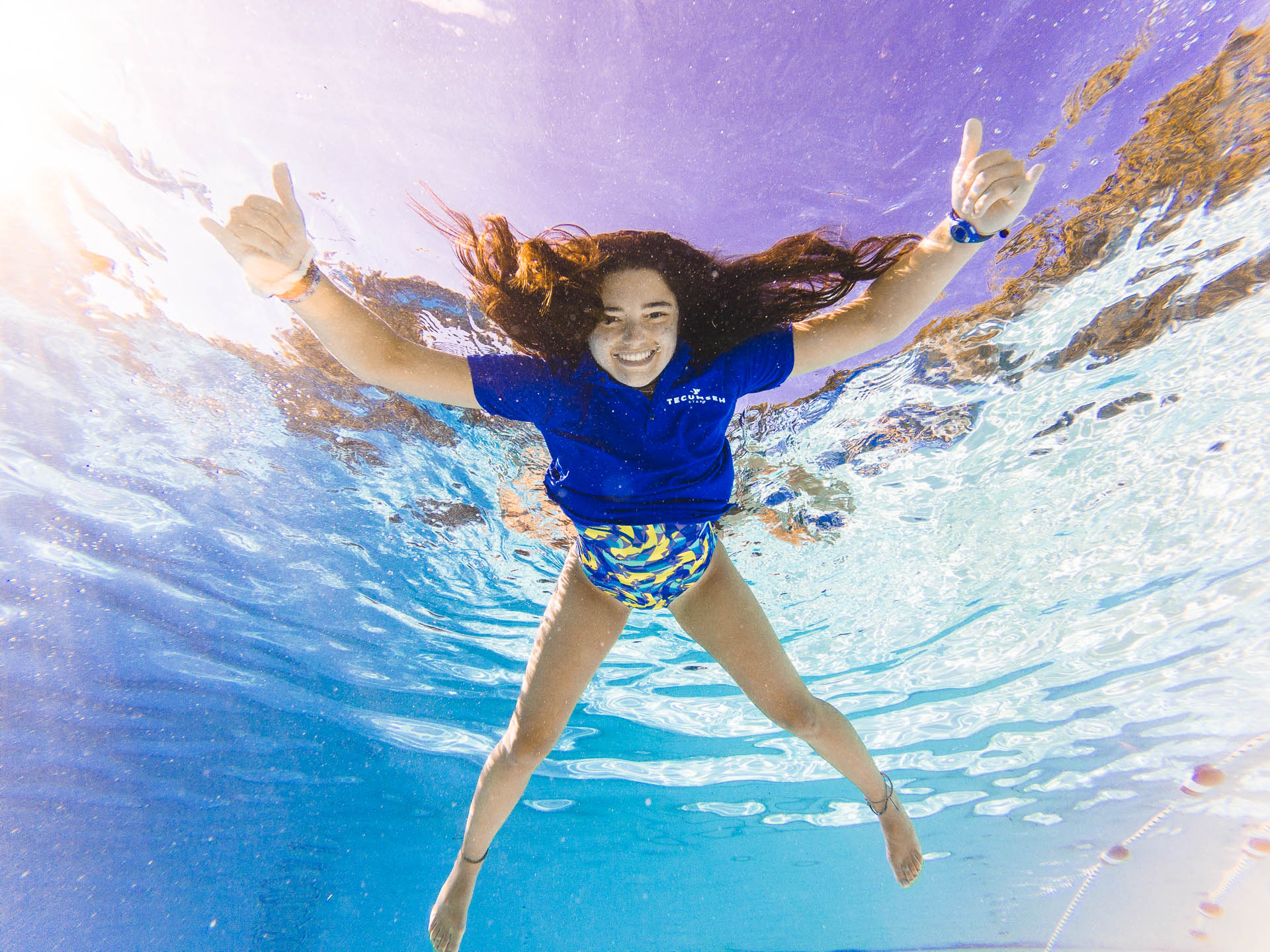 Algae has been growing in the mighty Tippecanoe River for 9 years, slowly spreading to the lake to find her green friends. She flew to Camp Tecumseh YMCA on the wings of an eagle from the beautiful south suburbs of Chicago. She loves to watch movies, explore the outdoors, and go for a swim. This is her first season with the Outdoor Education department. 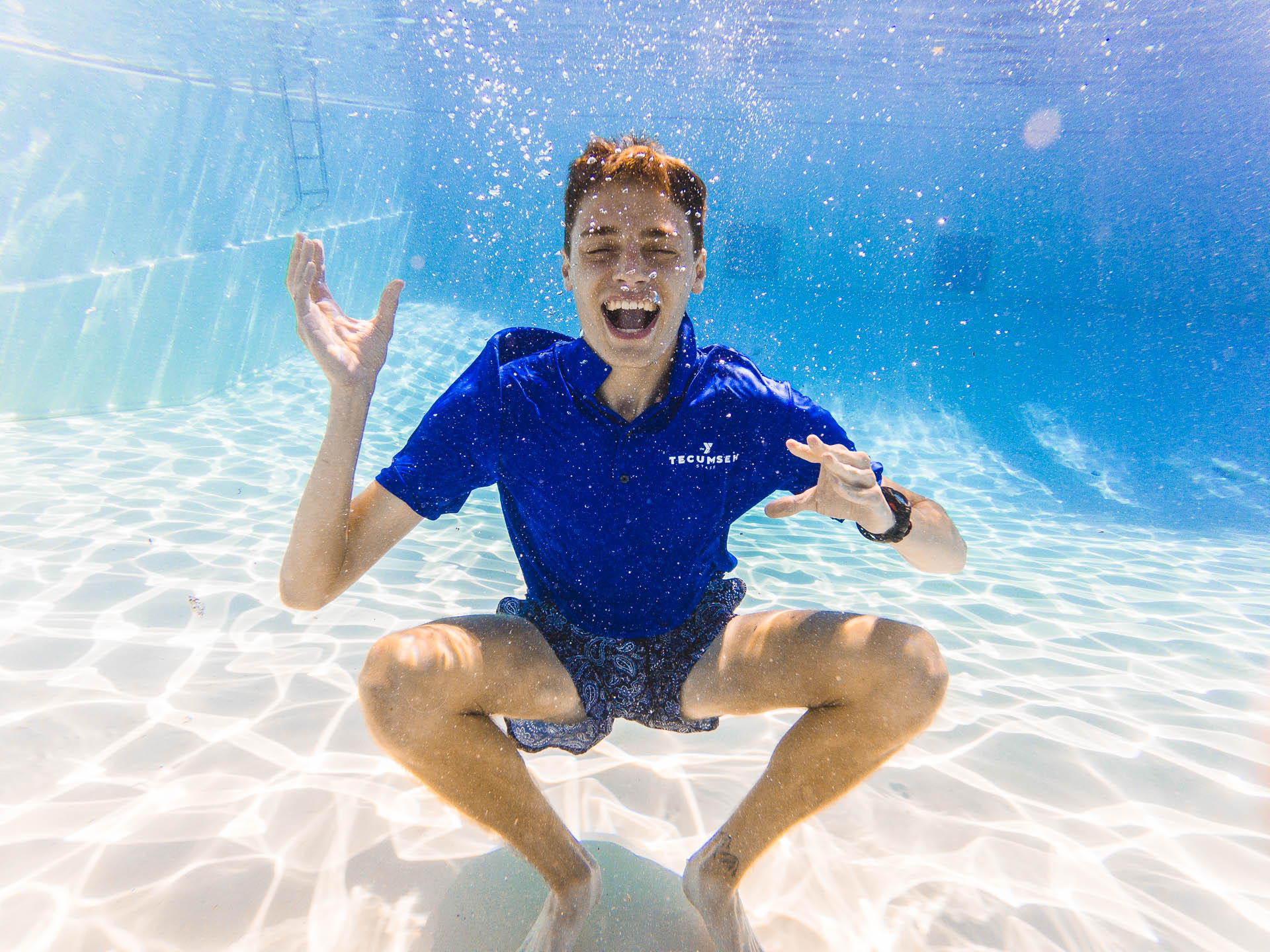 Armadillo grew up in Lake Zurich, Illinois and worked as a counselor at the Foglia YMCA Day Camp for six summers. After graduating high school, he attended Purdue University to study marketing and management, as well as run for the Cross Country and Track and Field programs. He graduated in the May of 2017, did a quick summer semester in Purdue’s Masters of Marketing program, and then God’s plan sent him here. This is his first time ever at Camp Tecumseh, but he’s already witnessing and feeling the joy and love that this place creates. In his spare time he loves getting to know people over coffee, spitting out dad jokes, and debating if chili is a soup. His favorite Disney character is Winnie the Pooh, his favorite movie snack is popcorn with M&M’s, his favorite sport is baseball, and his favorite speaker is Bob Goff. He’s beyond excited to be part of Camp T this season. 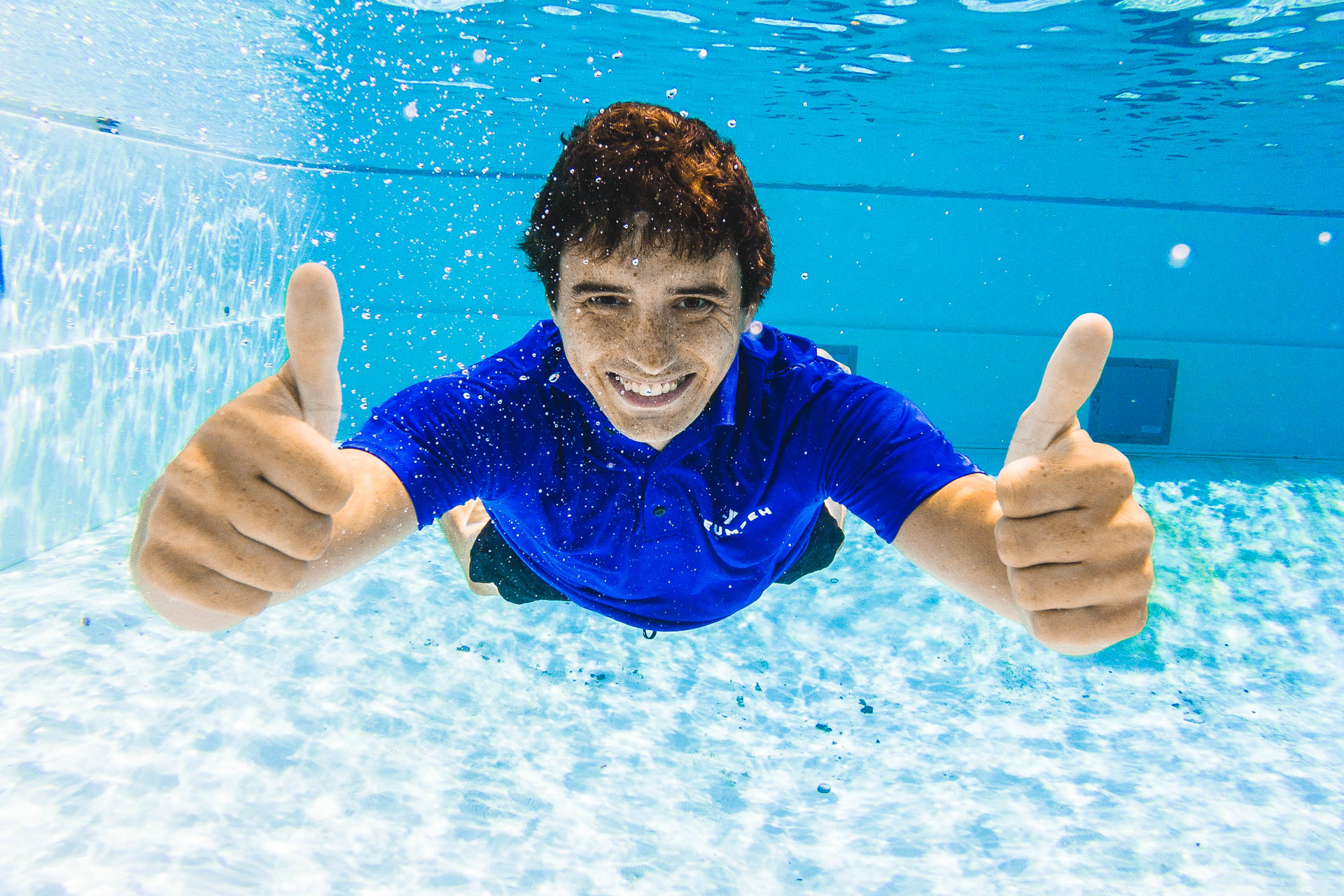 Meet Cobra from the Cobra Kai fighting dojo. He grew up as a part of globo gym purple cobras. If you didn’t know, he was an adversary of G.I. Joe commander squad for years but now his home is Camp Tecumseh. He actually grew up in Michigan working at camps and playing sports. He loves movies, especially Star Wars and superhero movies. This is his first year on the Outdoor Education staff. 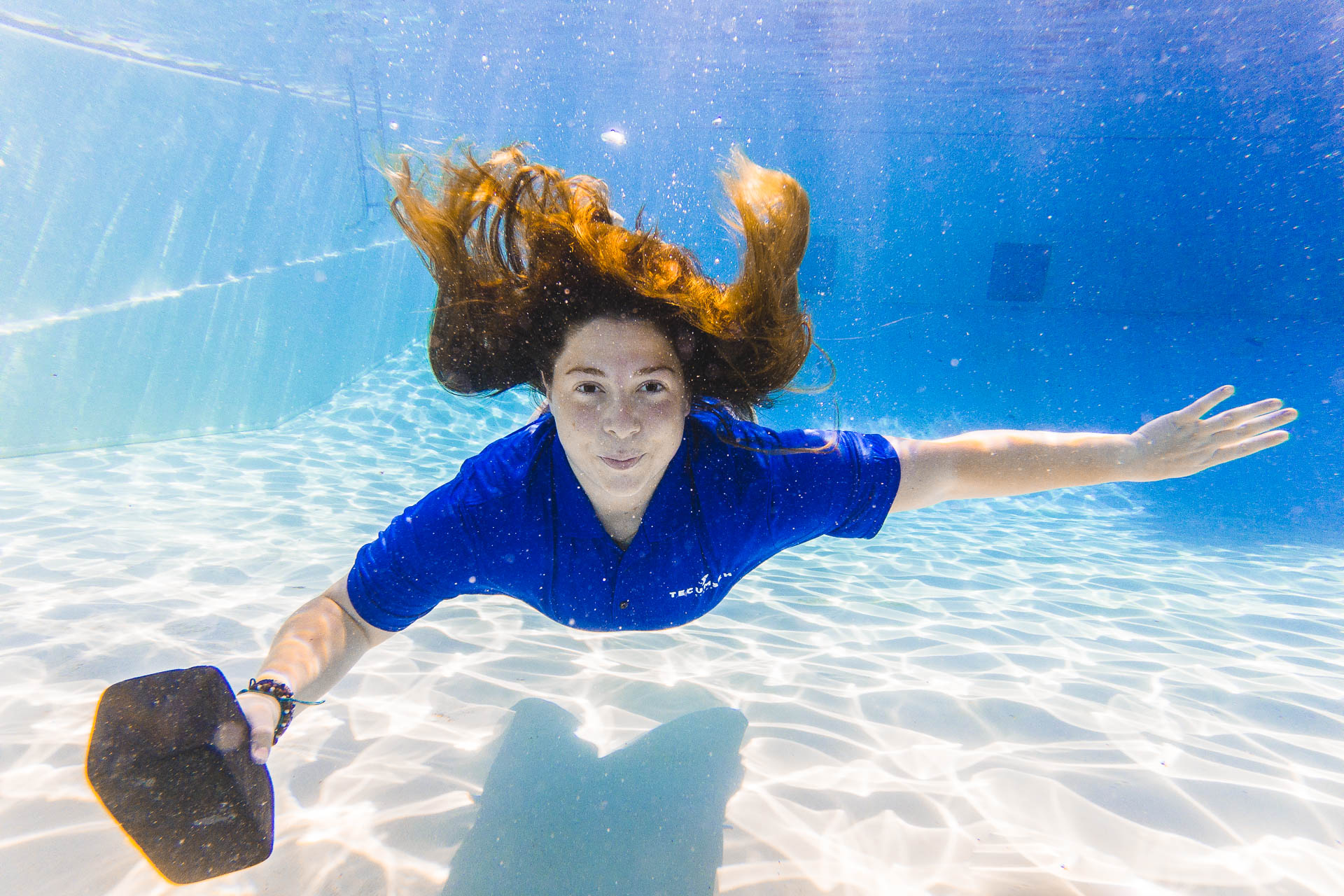 Dingo is from Frankfort, Illinois. Not to be mistaken with Frankfort, Indiana, home of the hotdogs. Frankfort, Illinois is more like one of the biggest craft booth gathering places in the United States (yes, she’s serious. She has spent hours walking from booth to booth). She is currently taking classes online working towards her degree in business administration with a focus on project management. She has been part of Camp Tecumseh since the summer of 2012. This is her sixth season with the Outdoor Education program and she’s so excited to be back for another season to see the amazing changes that happen when students and teachers come to Camp. 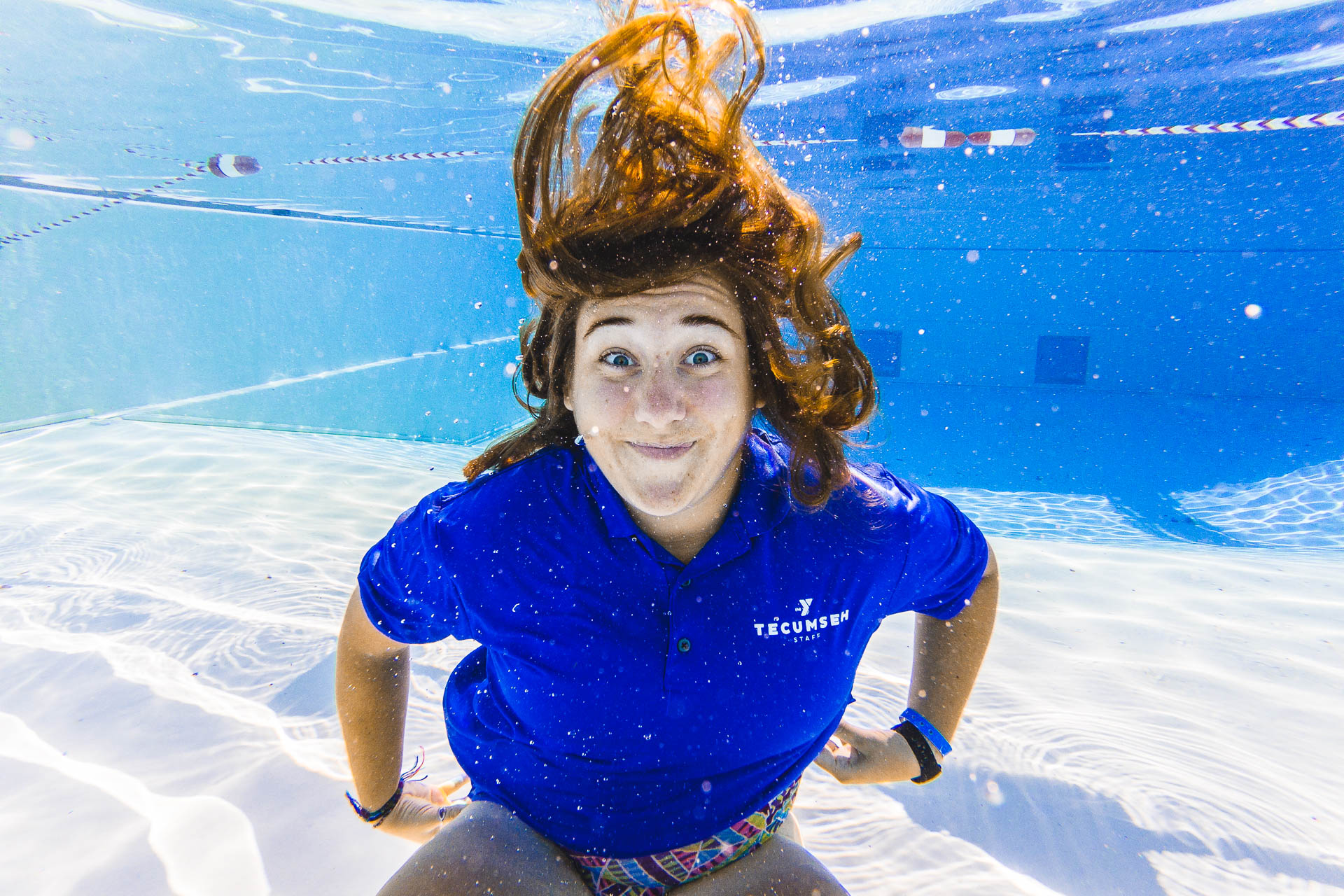 The eagle has landed. Three years ago while soaring in from Texas, Eagle saw a shimmering light. It turned out to be a Camp Tecumseh bonfire through the rustling leaves. She stopped for the night, and then gave her heart and soul to Camp. She could check-out anytime she wanted, but really didn’t want to leave. She grew up in Waco, Texas where she developed a passion for horses through a saddle club from a young age. The grass looks bluer at the University of Kentucky where she graduated with a degree in equine management and animal sciences. An eagle’s nest is big, sturdy, and comfortable for devouring delicious treats and sprawling out for rejuvenating naps. She also enjoys running, rowing, and spending time with family. 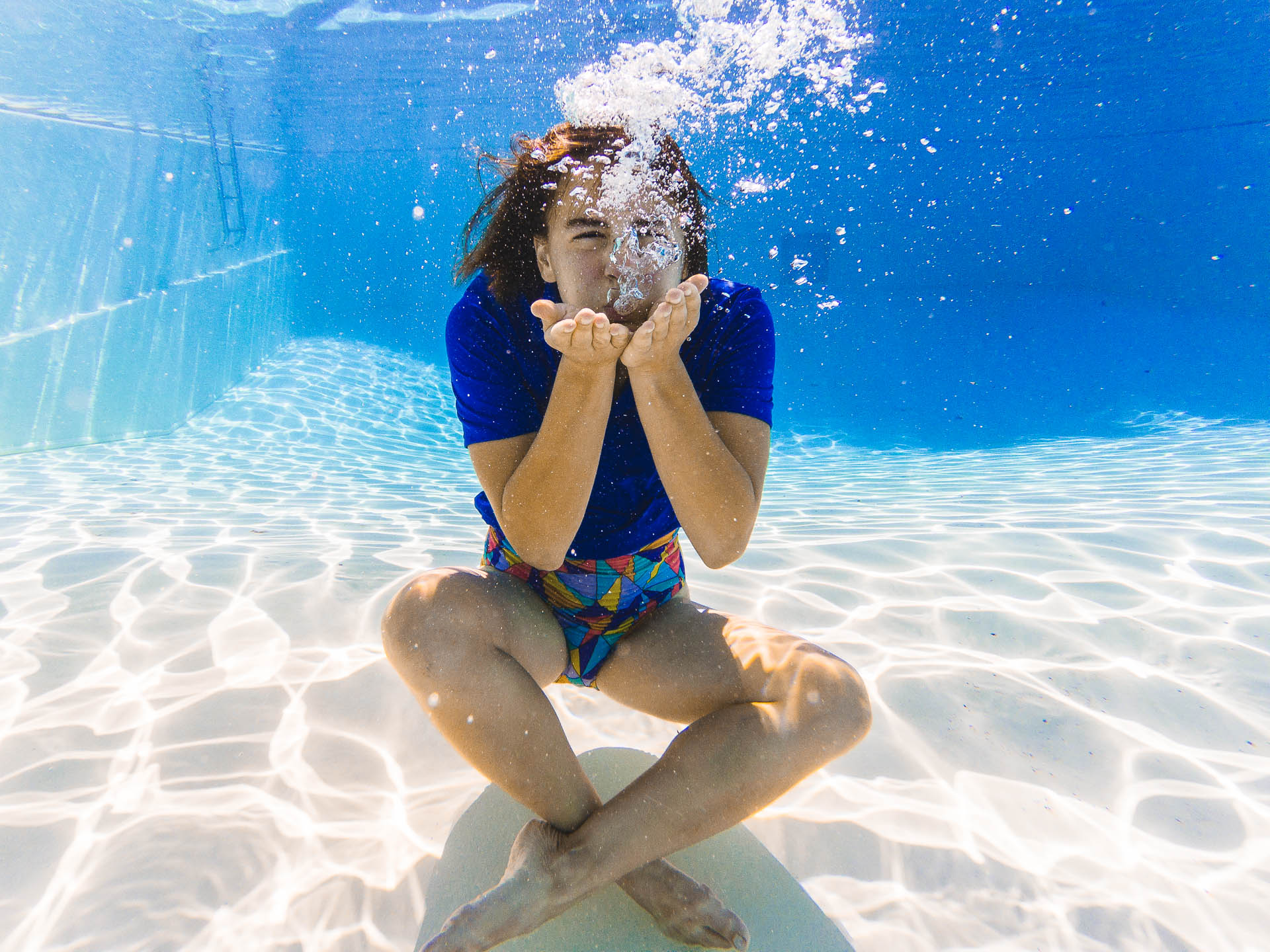 Eclipse (lunar, not solar), is from the mighty metropolis of Brookston, Indiana. She started coming to Camp when she was 5 years old and it played a huge part in her life. After spending a year in North Carolina, she is returning for her third season of Outdoor Education at Camp Tecumseh. She loves working in our pioneering program, baking biscuits and Johnny cakes, as well as singing crazy songs at Campfire. In her free time, she loves hiking and hammocking and biking and trying to bake fancy things. If she had to pick a favorite breakfast cereal, she would probably have to go with oatmeal because there are so many things you can put in it. 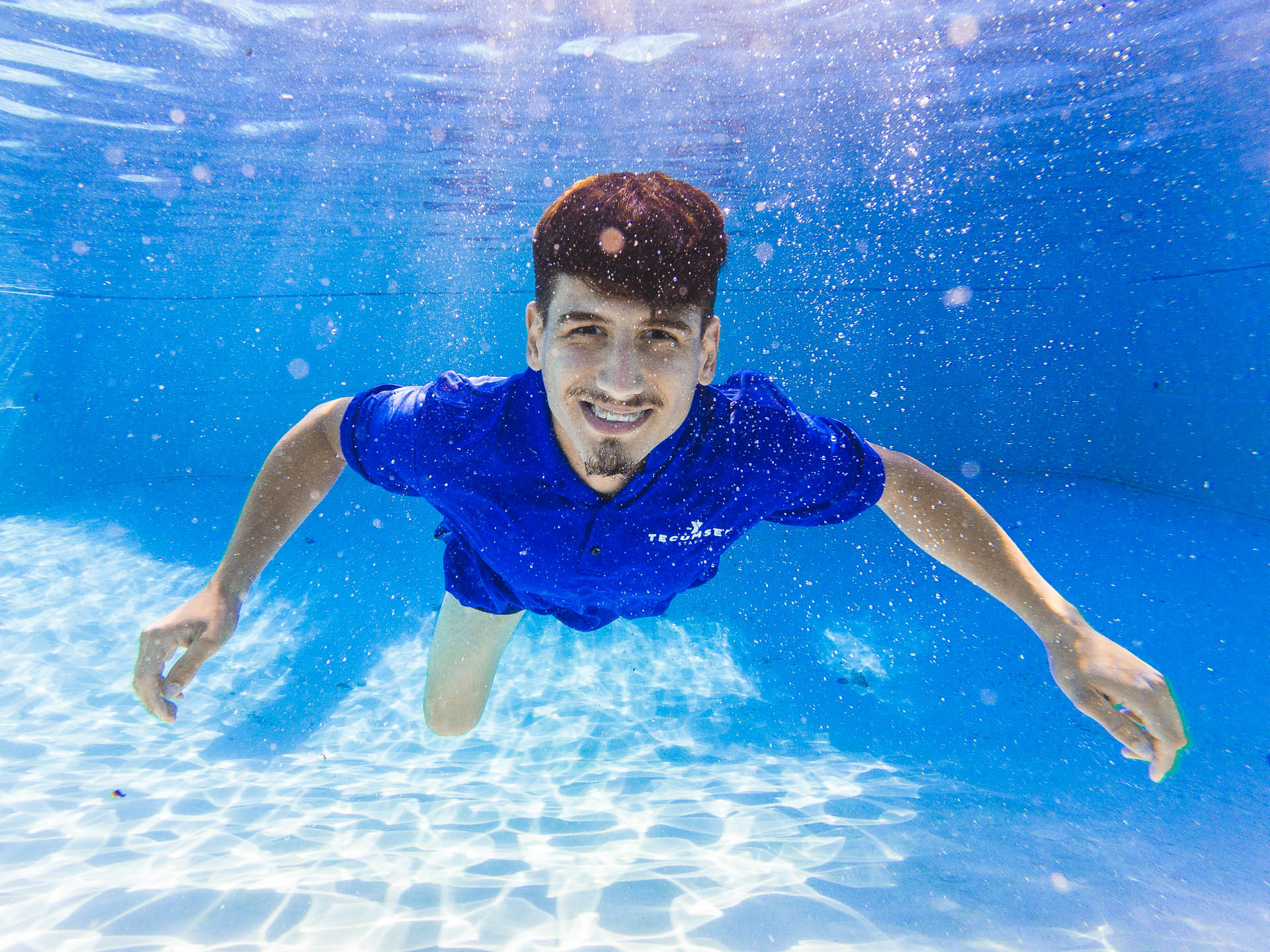 What has four legs, swims around the swamp at about 14 feet long, and is a part of the Outdoor Education staff this season? The world’s most amazing gator, of course! Alligator is originally from Indianapolis, IN. He’s the eldest of nine children and has had plenty of experience teaching other little gatorshow to crawl around the swamp and chomp their enormous jaws. Teaching is his passion. He’s looking forward to his second season of outdoor education and is so ready to teach and have fun. He has studied for a year and a half at Indiana University. So lets get on with the swamp creeping, the tail swaying, and the jaw chomping! 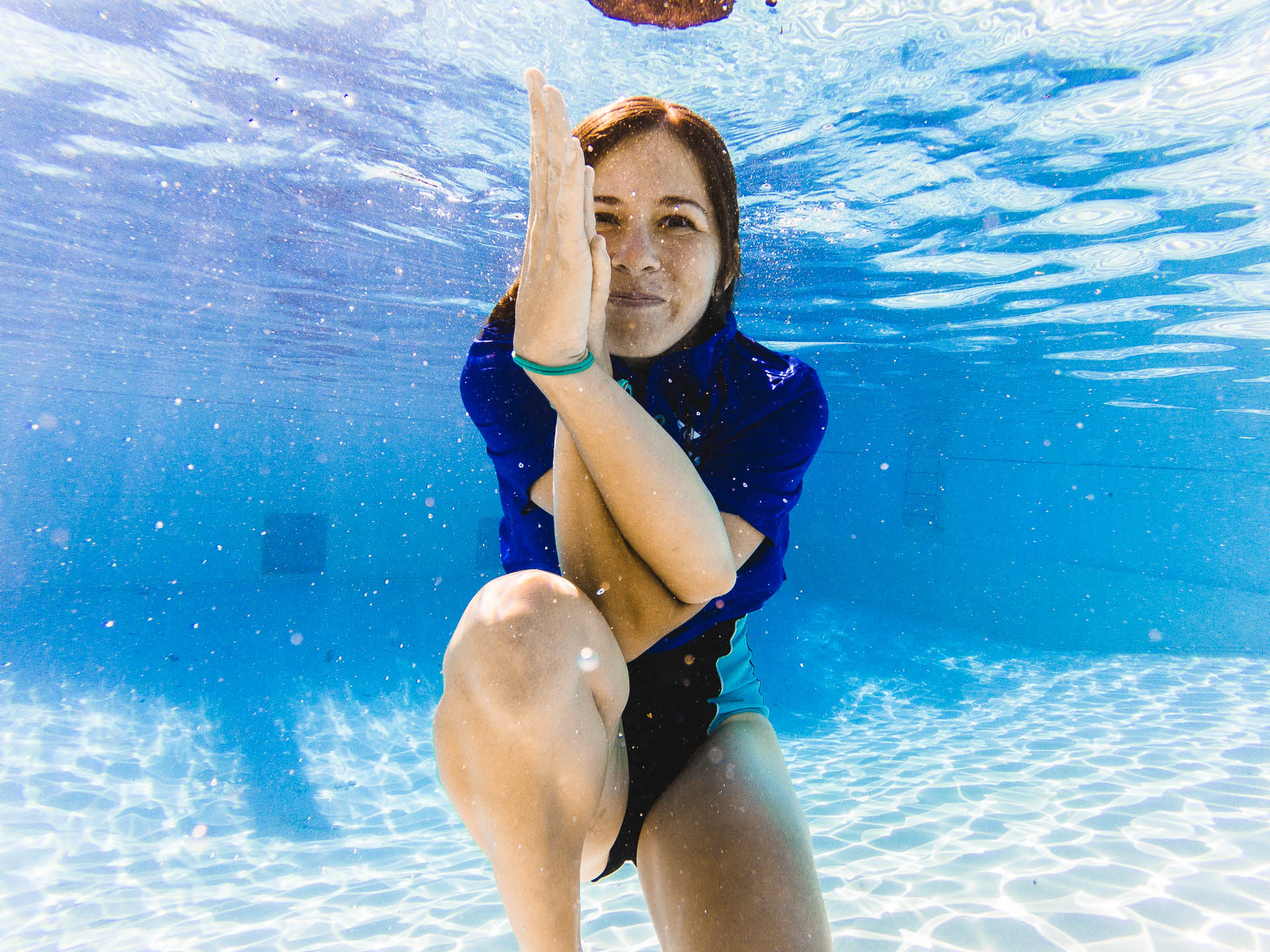 Jaguar lives at Camp all year round. Before finding a home at Camp Tecumseh, she grew up in Dayton, Ohio and later attended the University of Georgia (Go Dawgs!). While growing up in Ohio, her parents were wonderful and chose to drive over three hours each way to bring her to Camp Tecumseh for a week of Camp. Her first year as a camper was 2003, and she just hasn’t been able to leave. She has since worked for the Day Camp, Equestrian Camp, Retreats, and Outdoor Education programs. If she’s not hanging out at Camp, she tends to be horseback riding, hiking, or taking long naps. She has a dog named Chloe who goes nearly everywhere with her, and a horse named Nike who would come along too if he weren’t so large! She and Nike competed for several years in a sport called “eventing” which judges horse and rider on skills based in dressage, cross-country jumping, and stadium jumping. If you like to talk horses, Jaguar is your gal. 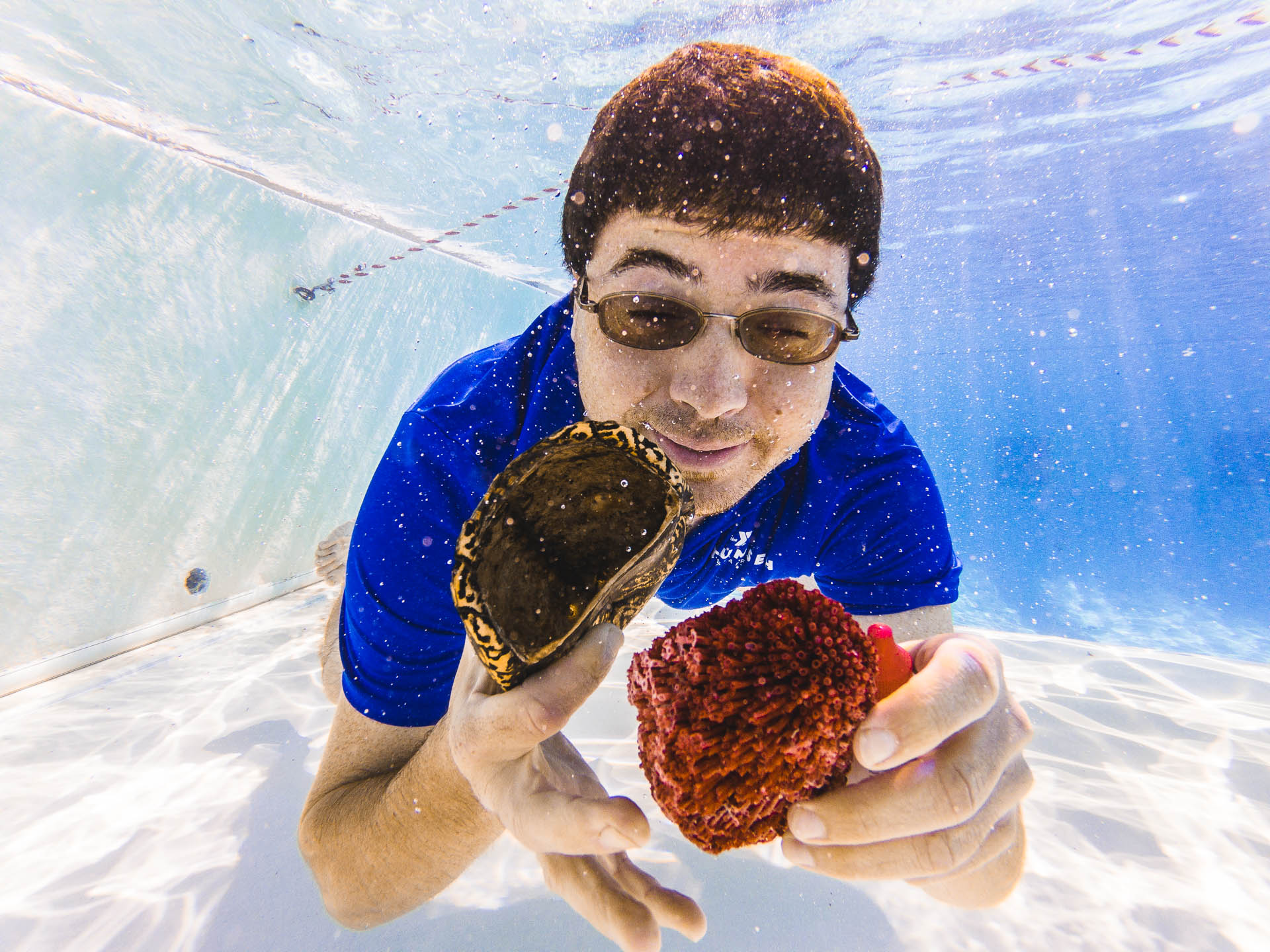 Kilimanjaro grew up in Belleville, IL, close to the mighty Mississippi River. He went to MacMurray College and Garrett-Evangelical Theological Seminary. Some call him Brother Nature because he oversees the animals and programs in the Nature Center. He assists staff with the science program, Earthship Journey. He is a member of Camp’s full time staff. He enjoys tent camping, laying in a hammock, sitting around campfires, and traveling to National Parks. 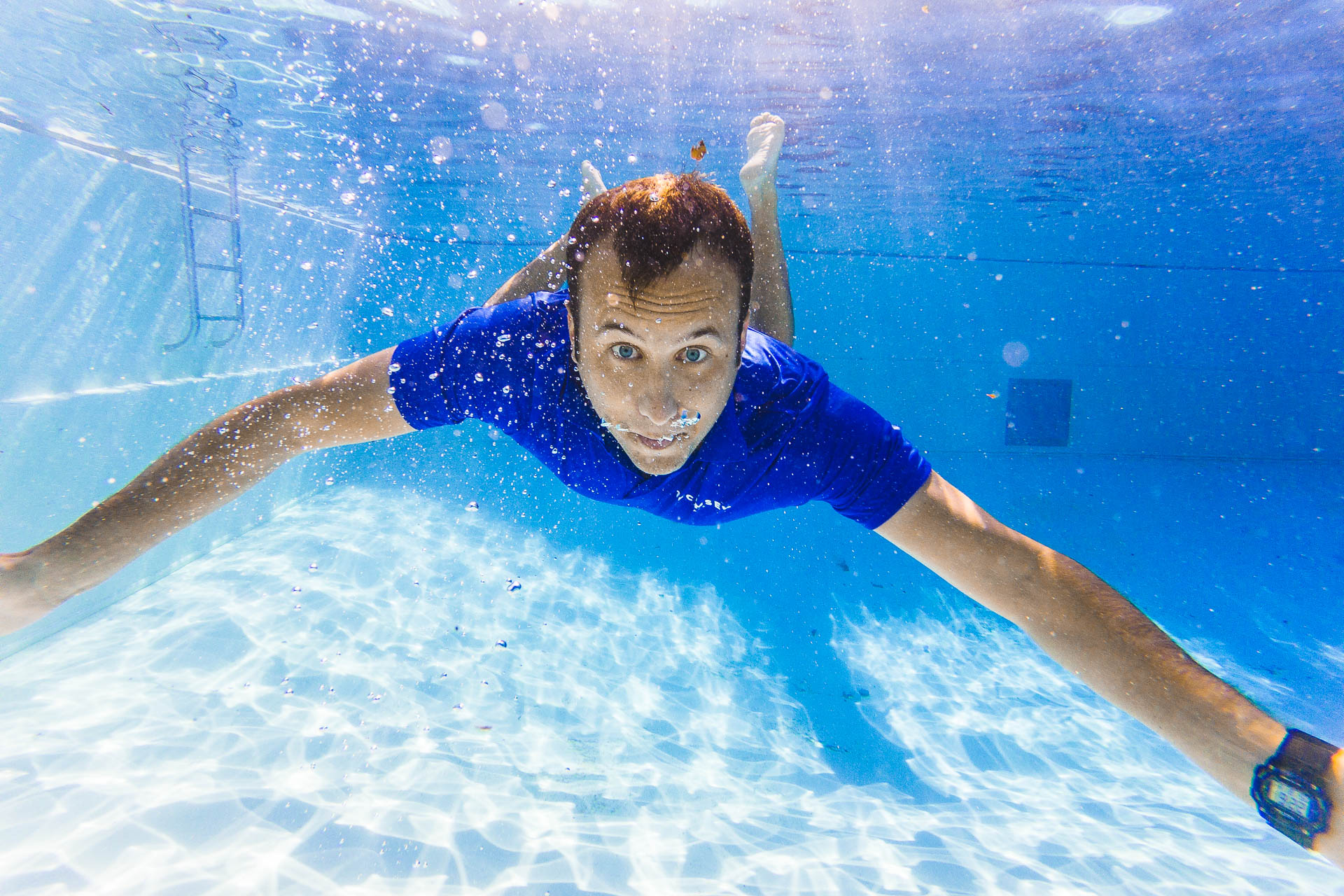 Mongoose is blessed to live here at Tecumseh year round as the Outdoor Education Director. After spending most of his childhood in Michigan and North Carolina, he found himself in the sunshine state at the University of Miami where he earned a degree in Microbiology and Immunology. After college he was accepted into Teach For America as a high school Biology and AP Biology teacher. It was during his time in the classroom that he fell in love with education and the impact that an experience outside of the classroom can have on the culture within.  In his role here at Tecumseh he loves the opportunity he has each and every day  to support our teachers in the life changing work they do.  In his free time he enjoys reading a good book, going for a run, traveling with family and friends, or just lounging with his dog Dash. Looking forward to having you out to Tecumseh! 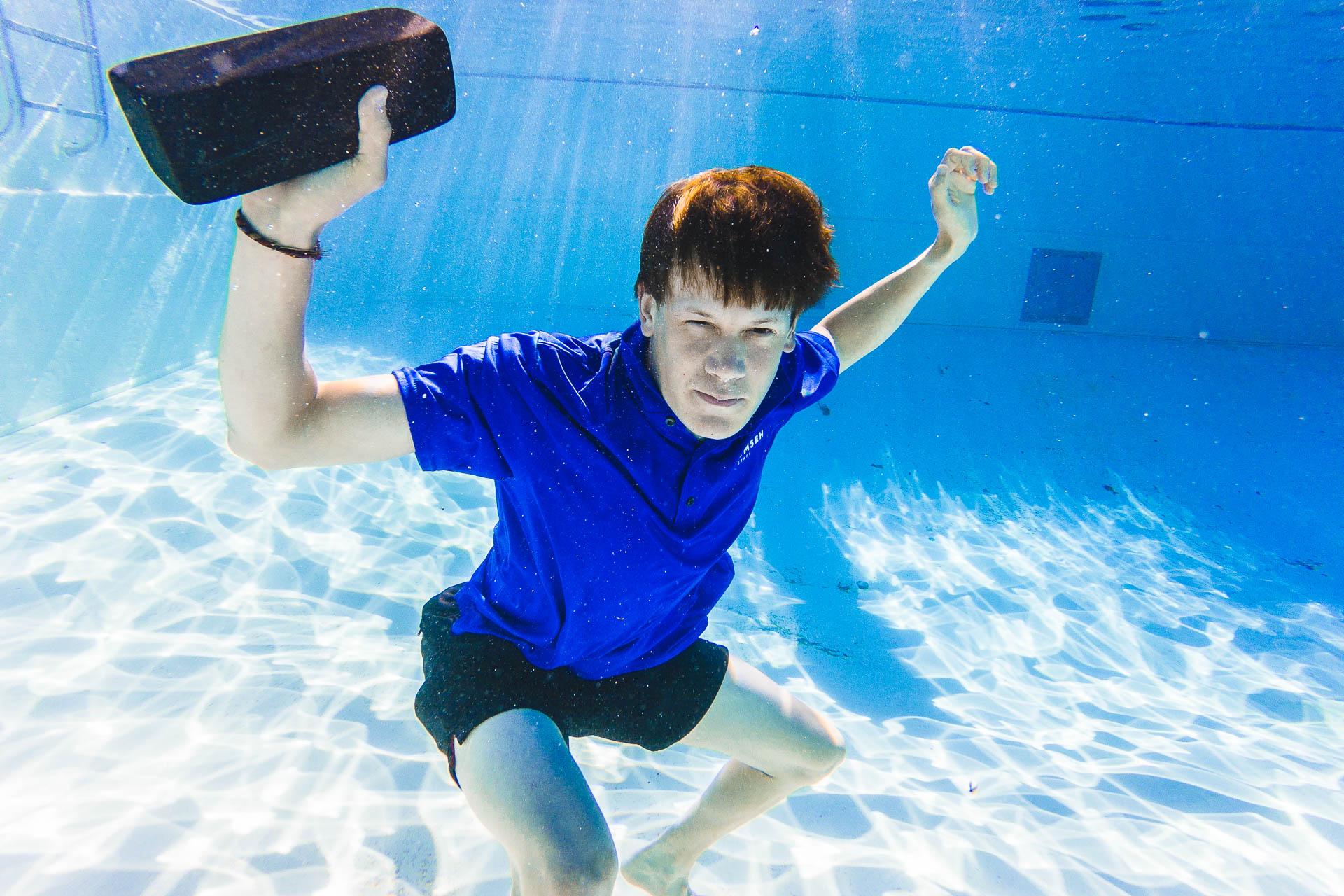 Monsoon is excited to be back at Camp Tecumseh for a third season! He lives in Lafayette, Indiana with his wife where he obtained his Master’s degree in Mathematics from Purdue University. They have two adorable cats, Pepsi and Houdini. In his free time he enjoys challenging his mind by playing strategic board games, completing puzzles, and reading books. His favorite board game is Camel Up, a silly game where camels stack on top of each other as they race around the board and my favorite book is Name of the Wind by Patrick Rothfuss. 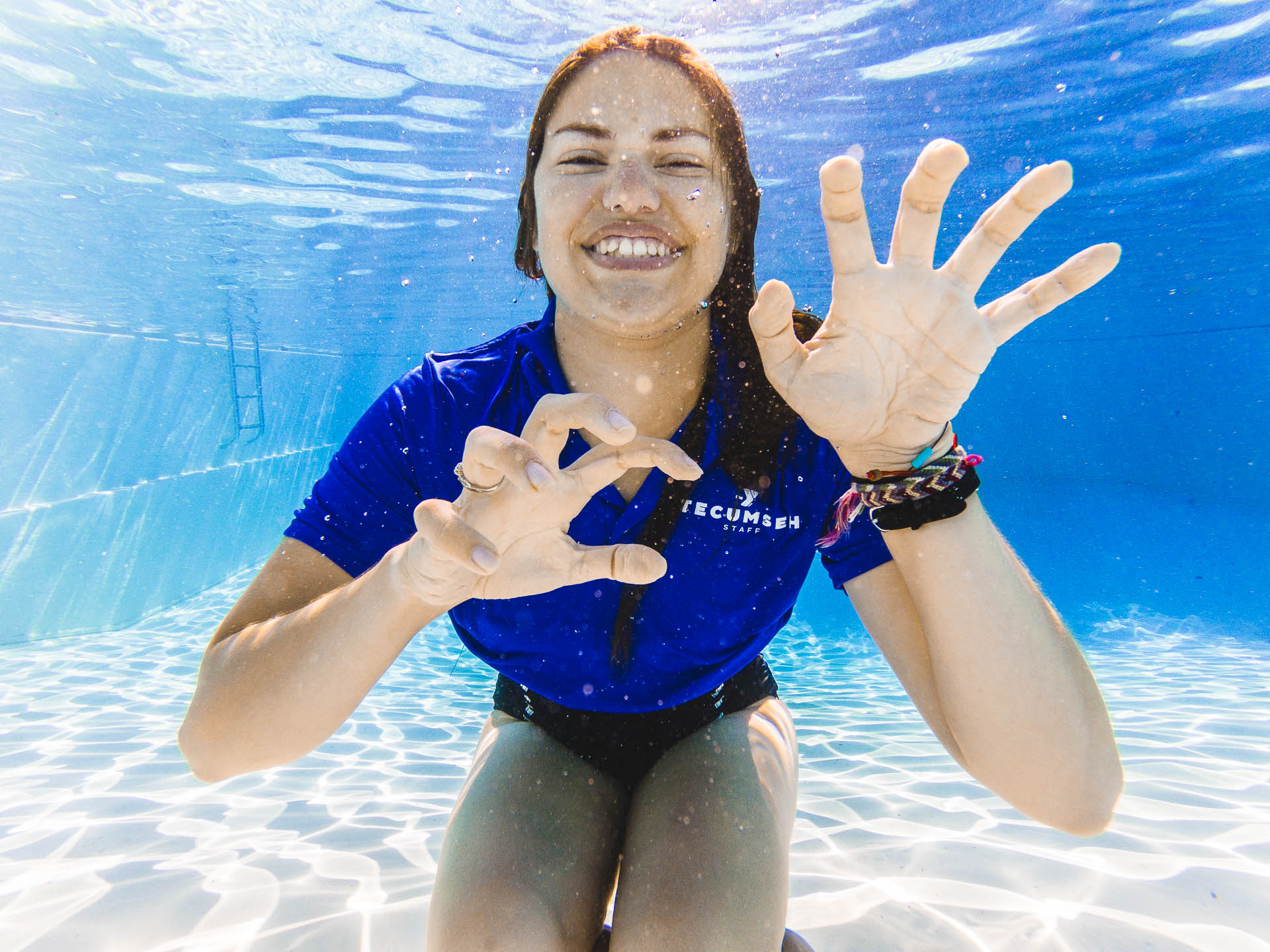 Red Wolf was born 23 years ago in Effingham, Illinois and spent her cubhood years in a little town ten miles west called Altamont. She graduated from the University of Illinois with a Bachelor’s in Animal Sciences and a minor in Leadership Studies and she loves using that here at Camp! She has been an equestrian counselor (go horses!) for two summers, but this will be her first season as part of OE! Other pieces of her include 4-H, FFA, a passion for agriculture, a love of reading and crafts, anything and everything to do with horses, cooking and baking, NCIS, and laughing with friends and family. Her favorite place on Earth is Kettlehut Chapel or walking the trails at Camp T. 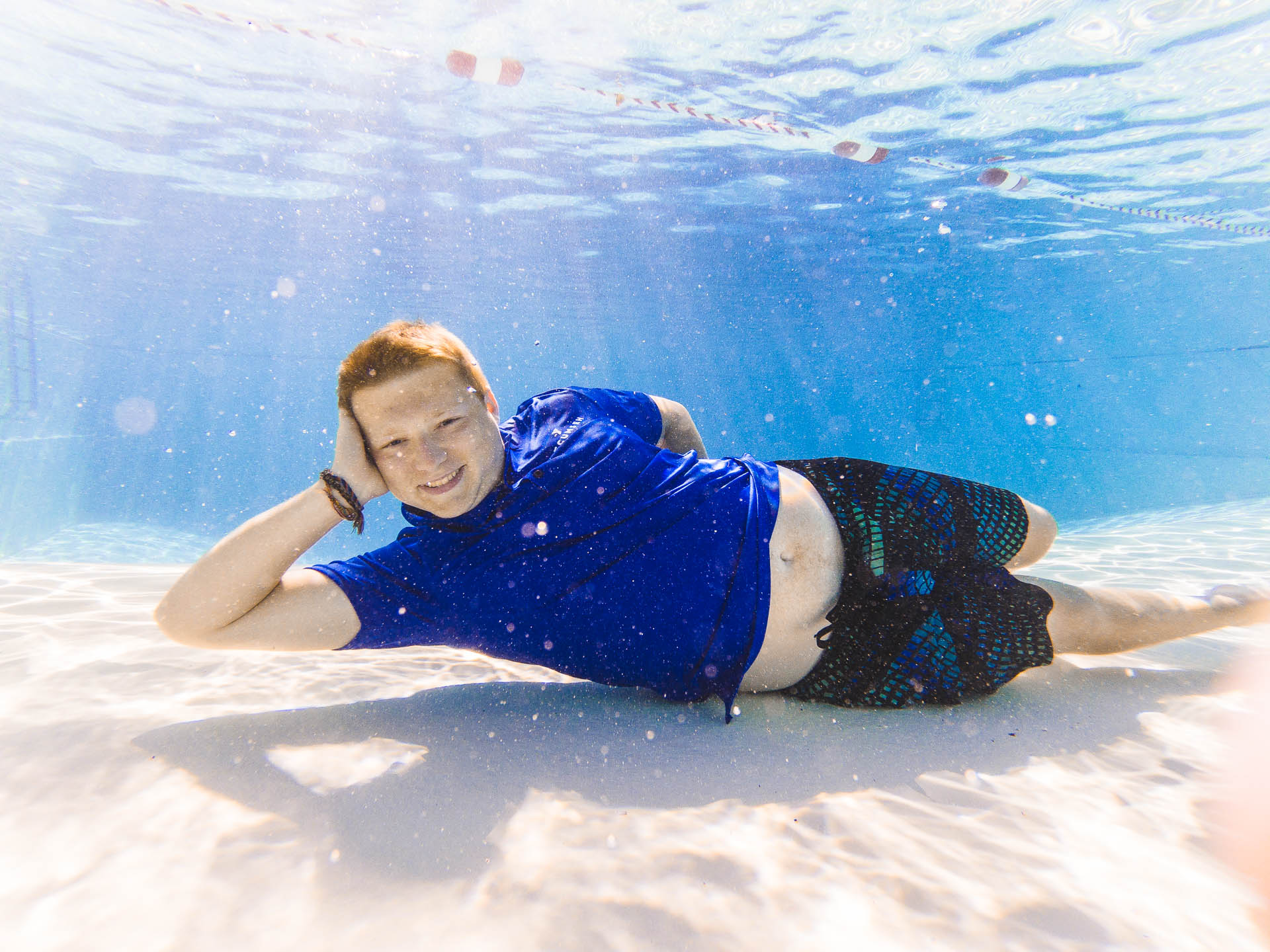 Wallaby is from “down under”, you know south of here, in Carmel, Indiana. It’s a pretty nice place to grow up, nice people, nice schools, but it’s mainly known for its roundabouts. He started working at Camp Tecumseh this summer and loved it so much that he decided to stay here in the “Bush” for OE – Outdoor Education. You know “Wallies” are all about being outside hopping around, swimming and eating. He is taking online classes this fall at the “Uni” working towards a degree in Occupational Therapy. He’s really looking forward to the great opportunities to work with all of the little “Vegemites” and their “Chalkies” this year!